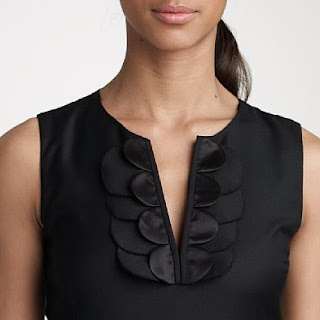 Yeah, it dips a little low.

I got this in a size 2 over the weekend at the $130 price. It would have been nice to have saved an additional $26 with the current EXTRA20. I want to have it shortened so that savings could have been used towards alterations. However, I don’t know if I would have been able to secure my size. So I’m happy.

Even if you did *not* get this dress, feel free to talk about the Super 120s items in general as it will help others.