Ok — I admit it. I watched American Idol tonite. I stopped watching after the first couple of seasons. Even the anticipation of wondering what Paula would do couldn’t keep me tuned in. I’m not sure why I’m watching it this year. Maybe because they’ve been betting on Steven & Jennifer to fail, nailing the coffin Idol’s final season. I figured I’d tune in for the last go-round. More likely I’m watching because our treadmill gets me in front of the TV and Idol is a pretty good option when I’m on it.

I’ve mostly been following since the auditions. I have to agree with many that say it’s a big ole karaoke festival. However, there are some gems in the top 12 that sang tonite. These are the goosebumpers in my book. The ones I think have a shot to go the distance (no particular order)

Casey Abrams – Very original. He did so well tonite. Pretty much tore that song up and created a great character to sing it. Goosebumper. 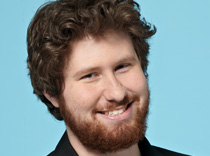 Jacob Lusk – This is Luther re-born. I hope he doesn’t get pigeon holed or pressured under the crown of Luther Vandross, but you can feel Lutha’s inspiration in Jacob’s singing. That said, Jacob is so unique and I hope he makes it to the top 3. Goosebumper. 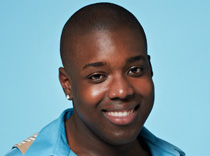 James Durbin – Sob story aside, this guy is very interesting. I love that he’s a rocker and such a male rocker. None of this pansy guyliner crap. If he wears guyliner, fine, but he’s got the man vibe and it’s refreshing. Goosebumper. 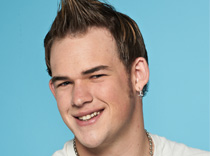 Scotty McCreery – I don’t see this guy going the distance. However, I really appreciate the country music & his style. I hope that he’s able to integrate into the country music scene no matter what happens on Idol. I think that would be the best. Should probably funk up his hair or grow it out a bit. Currently looks like he’s applying for the Armed Services, not competing on Idol. 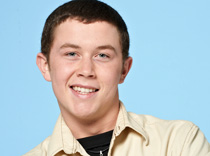 Stefano Langone – I saw Jennifer’s husband in the audience. What’s-his-no-singing-name. At any rate, I hope he and/or Jennifer swoop this guy up and help him go somewhere w/a career. I think he has a nice voice & definitely talented. However, I think he’s going to get smashed by my top 3 faves. 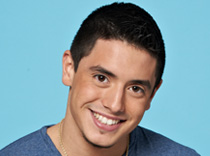 (All pics from American Idol)